The many cryptos available have captured the imagination and interest of traders throughout the world. Whether it is a want to move away from the centralized monetary system or just the appeal of the volatility, cryptocurrency has become more and more mainstream.

Cryptocurrencies are what are known as digital assets; they are purely electronic and do not exist in the physical world. Cryptocurrencies are an alternative to traditional forms of money though they share some similarities to it, for example, they can be used to make payments or to buy goods and services online.
Individual Cryptocurrencies are referred to as coins and the value or price of these coins fluctuate in the same way that prices of FX rates or commodities do. Which means that these Crypto assets can be traded in the same way.

How and where did Cryptocurrencies originate?

Over the last three decades, there have been various experiments with alternative payment systems and digital currencies though few of these gained any traction in the wider world.

That changed in 2008 when someone using the name Satoshi Nakamoto released a white paper describing a new digital currency known as Bitcoin. In January 2009 Nakamoto posted the open-source program that supported bitcoin onto the internet and launched the currency by mining the first bitcoins in what became known as the Genesis Block.

Satoshi Nakamoto’s identity has remained shrouded in mystery. Is he or she one person?  Or does the name represent a collective? We may never know however the white paper and the program that was released in 2008/9 started a revolution or in fact two revolutions.

Bitcoin was designed to be a digital currency/asset, but it was also designed to have a scarcity value and a finite amount of coins. Those coins had to be worked for or mined and the mining of coins would be overseen by a unique decentralised system. One that had no controlling authority like a central bank or government. Instead, the program itself and its participants would validate every action made using bitcoins through an innovation known as the blockchain.

Mining for bitcoins involves solving complex mathematical problems the process is akin to codebreaking or cryptography hence the name cryptocurrencies.
Anyone with a computer and access to the internet can try to mine cryptocurrencies, and fees are often paid to miners that find new coins. However, the more coins that are mined the harder it becomes to discover the next batch or block as it’s known. The fees for successfully mining bitcoin are reduced periodically. So that mining for bitcoin has become the preserve of organisations with access to large scale computing resources and cheap electricity, as the calculations undertaken to find bitcoins are energy intensive.

Once mined bitcoins or other cryptocurrencies are stored in online wallets and the owners of the coins may choose to spend them, sell them, or retain them as an investment.

The other key point about the blockchain is that it is anonymous. Accounts are numbered not named and ownership is proven through the use of a dual key system, one private and one public and transactions and transfers can only take place through the use of both keys.

Cryptocurrencies can also be purchased and traded, rather than mined; the cost of mining the coins provides some sort of intrinsic value for them; the forces of supply and demand and market sentiment do the rest.

Cryptocurrencies are traded on specialist cryptocurrency exchanges many of which also offer custody and storage of the coins for crypto traders. The exchanges operate cryptocurrency order books that try to match buyers and sellers for particular coins, all of this trading is done electronically of course.

Cryptocurrency trading has been and continues to be an exciting development in the financial markets. However, they have not been without their issues. Particularly around the safe and secure storage of the coins themselves and the private keys that ensure their security.

Crypto exchanges have been hacked and coins stolen, and private keys have been lost or compromised. And in some cases, hard drives containing both keys and coins stored offline have even been thrown away. Storing money of any kind securely creates its own headaches storing a digital currency safely, can create several of its own.

Traders should be able to focus on their trading and not have to worry about other issues such as securing their money. 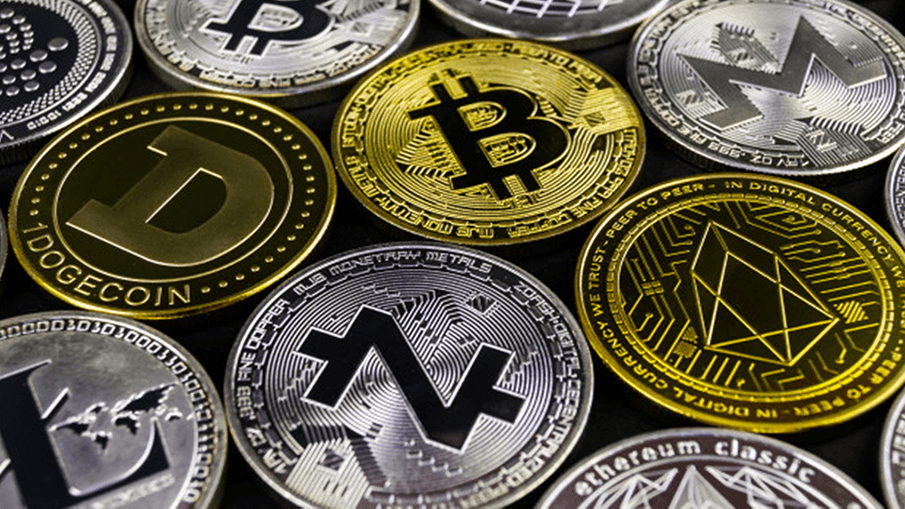 How much easier would it be if there were a way to speculate (trading) on the rise and fall in the prices of cryptocurrencies without the issues of custody and security that are associated with their physical ownership?

Well, there is one because at TigerWit cryptocurrency trading can be undertaken using CFDs or Contracts for Differences as they are formally known.

CFDs are cash-settled contracts and that means you are simply trading the prices of cryptocurrencies without any concerns about ownership or security.

In terms of  security and peace of mind retail investor accounts could certainly be considered to be better off when cryptocurrency trading via CFDs, because you never own the underlying instruments and never have to worry about making or taking delivery or securing private keys. Though of course, retail traders will still need to understand the risks involved in CFD trading.

Cryptocurrency trading using CFDs means that you can trade on the long (buy) side and the short (sell) side with equal ease, And trading positions can be held open for just a few minutes, hours or day as you prefer.

Cryptocurrency prices and trading are subject to supply and demand but here those forces are largely driven by market sentiment and what are known as network effects. Network effects are associated with communications systems, for example, a telephone network with one user is of very limited value but that value increases once you have two users on the network and can grow in line with the number of overall users.

Of course, cryptocurrencies are not just a form of money they are financial instruments in their own right and their prices fluctuate in the same way that currencies do.  And it’s as a tradeable asset or investment rather than their use as money that has attracted traders.

Larger coins or coins with a higher market capitalisation (that is the number of coins in issue times the price of the coin) have become safe-haven assets in their own right. And as such they share an affinity with the likes of gold and silver, the Japanese yen and Swiss francs.

Safe havens are usually bought by traders when markets are in a Risk-Off mode and sold when they are Risk-On.

Cryptocurrencies are seen by some as the future of money and are gaining more mainstream acceptance and even central banks are now looking at how a digital currency or money could be used in future. Though it’s trading them that is attracting the most interest right now.

Cryptocurrency trading can be a question of watching the charts and prices of the cryptocurrencies that we offer as CFDs and judging what effect the movements in the prices of each coin will have on the group as a whole.

Successful Cryptocurrency trading also means keeping an eye on the traditional markets and asset classes and looking for changes in market sentiment and risk appetite, and trading those accordingly.

Trading in cryptos may mean trading outright long or short positions, such as trading long of bitcoin or trading short of Ethereum. Of course, you may wish to consider trading spread trades so for example, being long one cryptocurrency and going short of another at the same time.

That trading can be taken a step further perhaps by trading long of bitcoin vs the US dollar and at the same time being long euro/dollar. Trading that strategy effectively creates a bitcoin position/ exposure that is priced in Euros.

There is a lot to take in here but TigerWit’s clients have the opportunity to practice their cryptocurrency trading without risking any real money through our demo or experience account.

Trading plans, trading strategies can be honed using the experience account as you familiarise yourself with the way that cryptocurrency prices move and the trading opportunities they create.

And once you are confident you can start trading the live markets.